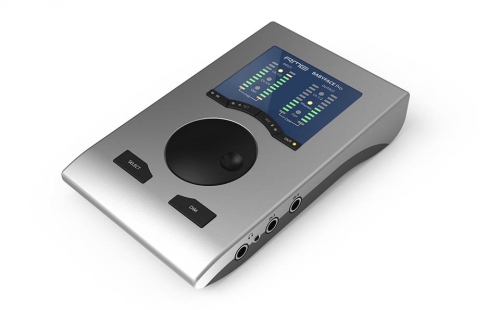 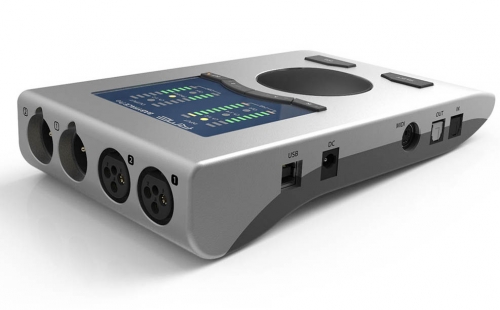 Straight to the core without interference: the reference design of the Babyface Pro leaves nothing to be desired.

RME devices are designed to conserve music as it is. Audio signals are passed in their entirety, nothing added, nothing taken. For the new Babyface, the audio circuits have been improved to meet even highest gain levels with best dynamic range.

The clever user interface is informative and clearly laid out. It makes access to every feature and configuration mode of the Babyface Pro intuitive and easy to use.

Even in stand-alone mode, routing and mixing of inputs to outputs directly on the device opens a whole world of possible applications.

Babyface Pro ships with RME’s TotalMix FX, available for Windows and Mac OS X. An iOS version is available as well. This amazingly versatile software allows you to use Babyface Pro in every situation. You can do something as simple as mixing together your guitar and vocal to headphones.

The FPGA-based DSP mixer adds a flexible, 3-band parametric equalizer to all inputs and outputs. Reverb and delay FX are also onboard.

Combining a huge feature set with sonic excellence and intuitive control, whether for the studio or on the move, the RME Babyface Pro is the most comprehensive and versatile compact audio interface ever built.

A field-programmable gate array (FPGA) is an integrated circuit designed to be configured by a customer or a designer after manufacturing.

Class Compliant
The Class Compliant mode is a standard that is natively supported by operating systems like Windows, Mac OS X, Linux distributions, and hardware like Apple’s iPad. No proprietary drivers are required, the device will be directly recognized.

SteadyClock
Due to the highly efficient jitter reduction, the converters operate as if they are working with internal clock all the time - guaranteeing a pristine sound experience!